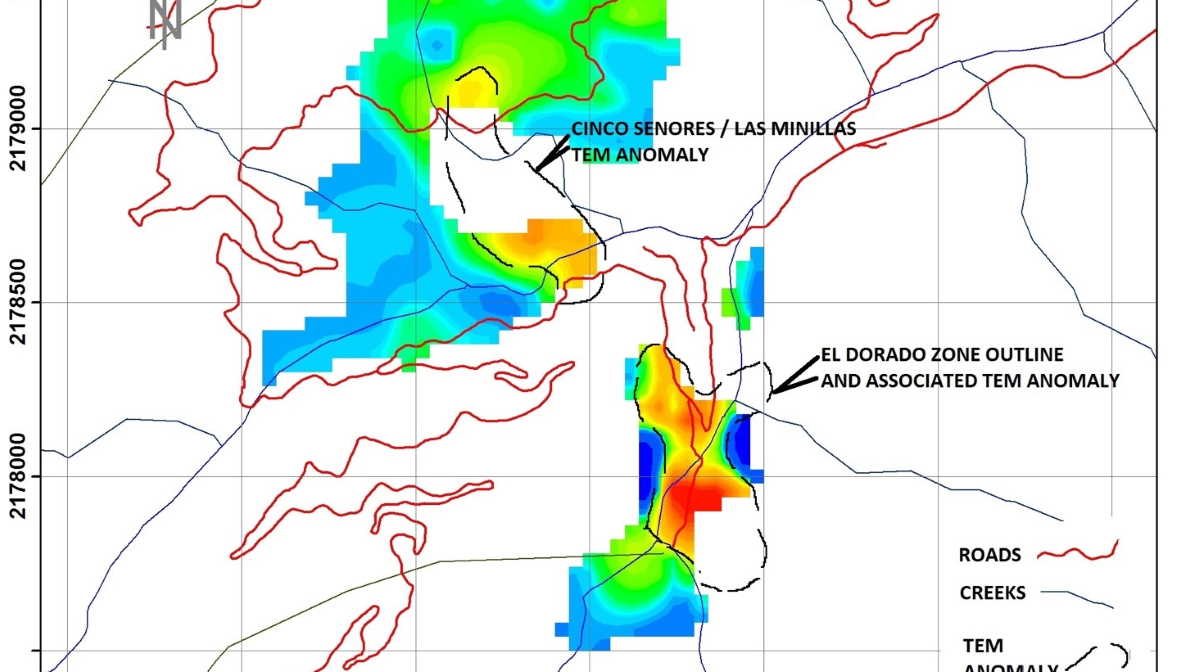 LatAm   Cinco Senores is just one of eight known zones of mineralization
A new geophysical resistivity anomaly has been identified at Cinco Senores, with similar size to the one underlying the resource zone at El Dorado.

Cinco Senores is just one of eight known zones of mineralization prospective for gold at Las Minas.

“We are pleased to identify a new, large, and exciting resistivity anomaly at Cinco Senores,” stated Philip O’Neill, CEO and Director of Mexican Gold. “With our strong and improved financial position, we look forward to drilling the highly-prospective Cinco Senores target in the very near future.”

In 2017, a target scale, moving-loop time domain electromagnetic survey (“TEM”) was performed over the known resource at the El Dorado zone, the Cinco Senores target, and the Las Minillas magnetic anomaly. The Company engaged well respected and published consulting geophysicist Bob Lo, PhD and P. Geo. to reinterpret the TEM survey data. The results of the reinterpretation are shown in Fig. 1 below.

A notable resistivity anomaly similar in size to the El Dorado gold, copper, silver resource can be seen to underlie the northern area of the Cinco Senores target and potentially extend more than 700 metres north towards the Las Minillas target. The centre of the interpreted resistivity anomaly was not surveyed due to localized deep overburden.