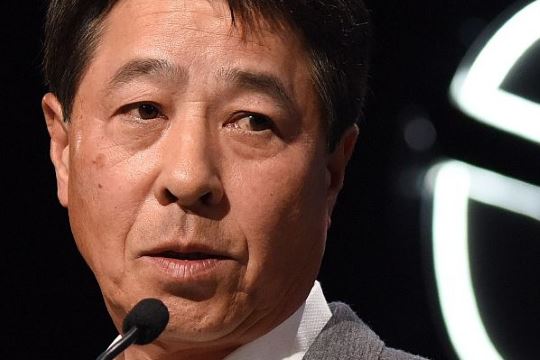 Green energy   CEO Masamichi Kogai:
“We’ve set the goal at 2019 to accommodate the ZEV regulations in North America,” Mazda CEO Masamichi Kogai said in a group interview, referring to rules in California and some other states that mandate rising sales of zero-emission vehicles, The Wall Street Journal reports.

Nissan Motor has sold its Leaf electric vehicle since 2010 and Toyota Motor said this month it wanted to get itself ready for commercializing electric cars.

Kogai said Mazda would add original features to its electric cars to differentiate itself.

He said engineers were looking at ways to keep the cars running longer when the battery was nearly dead. ■

Toyota and Mazda will work together but don't know how yet
Mazda Motor Taiwan opened
Mazda recalling 923,000 vehicles for faulty ignition switches