Staff writer ▼ | April 28, 2014
Marathon Petroleum Corporation is taking the next step toward a potential $2.2 billion to $2.5 billion upgrade to the company's Garyville, La., refinery. 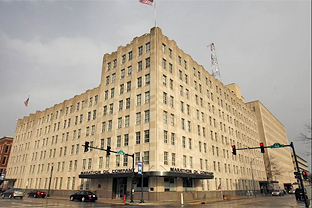 Marathon Petroleum Corporation is taking the next step toward a potential $2.2 billion to $2.5 billion upgrade to the company's Garyville, La., refinery.


The company plans to file permit applications for the potential project with Louisiana's Department of Environmental Quality at the end of April. After completing feasibility studies, Marathon Petroleum expects to make a final decision on the project by early 2015.

If approved, the project would result in hydrotreating, hydrocracking, and desulfurization equipment installations, along with additional infrastructure that would include buildings, tanks, cooling towers, and rail and electrical facilities.

Among those jobs would be 35 new contractor employees at the refinery. In addition, the company estimates development of the project would result in 3,000 new construction jobs during the multiyear construction phase. The new jobs would be in addition to the refinery's existing workforce of 800 Marathon Petroleum employees and 650 contract workers.

Governor Jindal said, "Never before in our state's history have we seen such extraordinary gains in petroleum refining technology complemented by favorable oil and gas economics and the most rapidly improving business climate in America – and it's all happening here in Louisiana. We're proud that Marathon Petroleum recognizes the unique strengths that Louisiana offers in all of these areas and that the company is capitalizing on this historic opportunity to redefine what leadership looks like in the vitally important energy sector."

Described by Marathon Petroleum as a Residual Oil Upgrade Expansion, or ROUX, the capital investment would enable the company to convert a byproduct of the refining process – heavy residual oil – into approximately 1.2 million gallons per day of ultra low-sulfur diesel at Garyville.

The ROUX project would follow Marathon Petroleum's $3.9 billion refinery expansion in Garyville, which represented one of the largest manufacturing projects in Louisiana history upon its completion in late 2009. Since that time, the Garyville refinery has more than doubled its refining capacity.

"As part of the ongoing feasibility study, Marathon Petroleum is pleased to be taking this next step of submitting the permit applications for the Residual Oil Upgrade Expansion at our Garyville facility," said Rich Bedell, the company's senior vice president for Refining.

Should Marathon Petroleum move forward with the project, LED would offer a customized incentive package to the company, including a performance-based Modernization Tax Credit of $3 million, along with the services of LED FastStart, ranked the No. 1 state workforce training program in nation. In addition, the company would utilize the state's Quality Jobs and Industrial Tax Exemption programs. ■