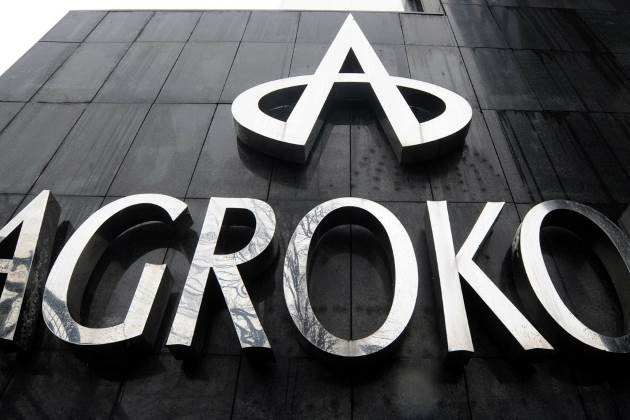 Europe   Agrokor employs 60,000 people
The settlement has to be approved by local court within 15 days. If approved, creditors will meet again and vote on the deal before the deadline on July 10.

According to the deal, Russian Sberbank will own 39 percent of the new company, Russian VTB Bank eight percent, Croatian banks 12 percent, while the rest will be owned by the U.S. fund Knighthead and other creditors and suppliers.

"It was one of the biggest restructuring processes in Europe and it was extremely successful for Croatia," Croatian Prime Minister Andrej Plenkovic told reporters.

Still, there are some who are not happy with the settlement process, and one of them is Adris, an important Croatian company that did not accept the agreement of the creditors.

"Adris cannot support the agreement that is neither fair nor just. The legality of the entire procedure is questionable. Time will show how much this settlement is in the Croatian national interest," the company said in a press release.

A representative of the Russian Sberbank Sergey Volk expressed satisfaction with the process of restructuring Agrokor at the end, saying it was a very complex business.

Agrokor is the largest producer and food retailer in southeastern Europe, and it employs 60,000 people across the region. Revenues in 2015 were about 15 percent of Croatian GDP.

In January 2017, the founder and owner of the company, Ivica Todoric, asked the state's help because he could not get new liquidity loans, but the Croatian government rejected it and Agrokor was facing bankruptcy. On April 6, 2017, the Croatian Parliament adopted a special law that allowed the current settlement.

The founder of the company is in exile in London and awaiting a court decision to be extradited to Croatia where he is charged for financial crimes and numerous economic malversations.

U.S. to be only state without official children rights protection

Wealth of world’s rich soared in 2017