Staff writer ▼ | October 29, 2014
The Madison Square Garden Company announced that its board has unanimously approved a plan to explore a possible spin-off. 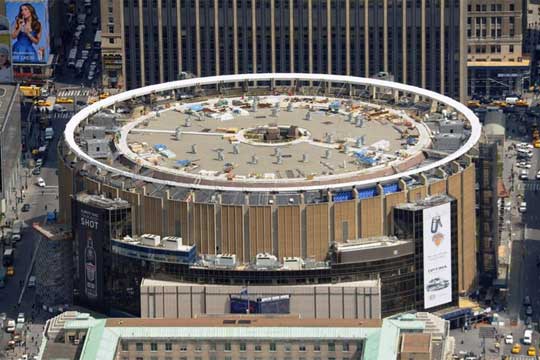 Proposition   Separating entertainment from media and sports businesses
It would separate its entertainment businesses from its media and sports businesses, creating two distinct publicly traded companies. Separately, the Board has authorized the repurchase of up to $500 million of the Company's Class A common stock and announced the Company's director nominations for this year's annual meeting, including two new independent directors for election by the Company's Class A shareholders.

If the company proceeds with the spin-off transaction, it would be structured as a tax-free pro rata spin-off to all MSG shareholders. Upon completion of the contemplated spin-off, MSG shareholders would own shares in both of the new companies, which would provide shareholders with the ability to more clearly evaluate each company's businesses and prospects.

The proposed separation, which the company has been considering since July, is intended to benefit both new companies by allowing each of them to have a balance sheet, capital structure and capital return policy most appropriate for its business.

In addition to a portfolio of venues, the live entertainment company would include:

The sports and media company would include:
MSG's professional sports franchises: the New York Knicks, the New York Rangers and the New York Liberty, along with its development teams: the Hartford Wolf Pack and the Westchester Knicks
MSG's award-winning regional sports networks, MSG Network and MSG+
MSG's interest in SiTV Media Inc., the parent company of NUVOtv and Fuse networks
There can be no assurance that the spin-off transaction will be completed. The Company has not set a timetable for completion of this process. ■

China rail firms plan to merge to be the biggest

Johnson and Johnson has deal with U.S. for 100 million doses of investigational vaccine
New York AG James sues Hillandale Farms for price gouging during the coronavirus pandemic
Mercedes-Benz and CATL as major supplier team up for leadership in future battery technology
VINCI to rehabilitate Louis Hippolyte Lafontaine Tunnel in Montreal