Staff Writer | January 30, 2019
A South Korean civic group on Wednesday filed a petition against the local unit of McDonald’s with the Seoul Central District Prosecutors’ Office, demanding criminal punishment for the American fast food chain on suspicion of covering up contaminated food supplies. 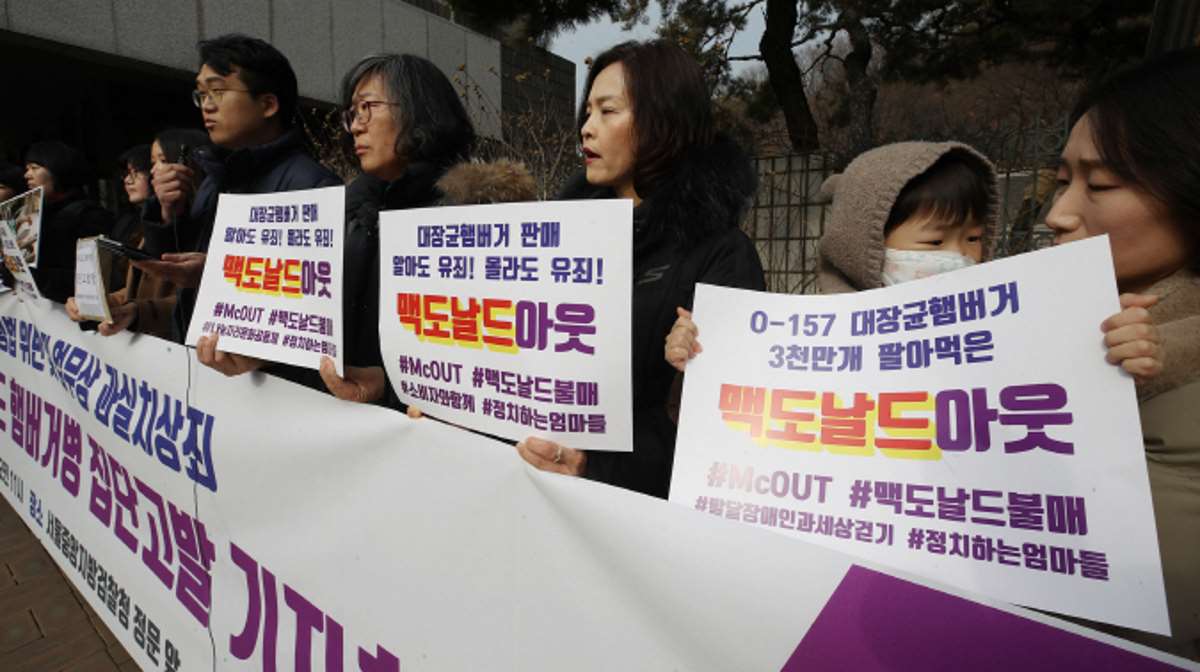 “Prosecutors found decisive evidence of the violation of the Food Sanitation Act by the local unit of McDonald’s but decided not to indict the company. They should reopen the investigation to legally punish McDonald’s,” the petition said.

The case dates back to July 2017, when a South Korean mother filed a complaint claiming her 5-year-old child had been diagnosed with hemolytic uremic syndrome (HUS), an incurable kidney disease, after eating a McDonald’s hamburger served with an undercooked patty.

As a series of similar complaints followed, the prosecution dug into the allegations by questioning related persons and consulting medical professionals regarding a possible connection between HUS and undercooked meat.

In February last year, however, prosecutors announced a decision not to file charges against the local unit of McDonald’s, citing a lack of evidence that undercooked burgers at its restaurants caused illness among customers.

The petition by Political Mamas alleged that a patty supplier notified McDonald’s in June 2016 of the detection of enterohemorrhagic E. coli and shiga-toxin-producing escherichia coli in patties, but McDonald’s reported to the Ministry of Food and Drug Safety that all contaminated had all been disposed of.

“At that time, a McDonald’s employee reported to a company executive that 15 boxes of the patties in question remained at 10 outlets nationwide. But the executive ordered the employee, via email, to report to the food and drug safety ministry that all patties in question had been disposed of. Prosecutors secured the email but decided not to indict the company,” the petition said.

In this regard, McDonald’s Korea issued a statement saying it has already undergone an intensive investigation by the judicial authorities and explained that all products in question were recalled and scrapped. ■

South Korea to start exports of Kyoho grapes to Australia