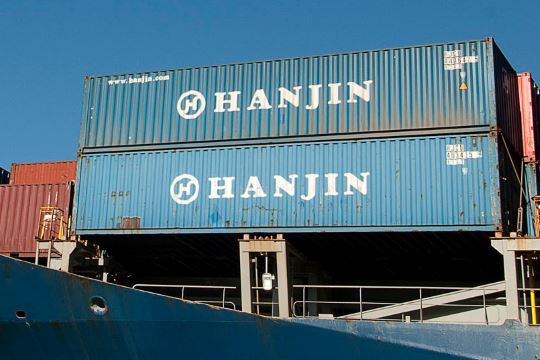 “(The decision) aims to maintain the competitiveness of the Korean shipping industry and secure funds to repay the debt,” Hanjin Shipping said in the regulatory filing.

Korea Line was picked as the preferred bidder earlier this month after the cash-strapped Hanjin Shipping decided to sell its core business line to secure cash.

Long Beach Terminal in California was not included in the contract, but left as an option for Korea Line. The two parties will discuss a possible further deal.

The terminal, with an annual capacity of 3 million twenty-foot equivalent units, and which handles 30 percent of the containers in the US western ports, is considered one of the core assets of Hanjin Shipping.

The agreement also ensures the employment succession of some 570 ground and overseas employees, it said. The sea staff, however, was not included, as Korean Line currently does not run any containerships. ■