KONE gets orders for the world's tallest building 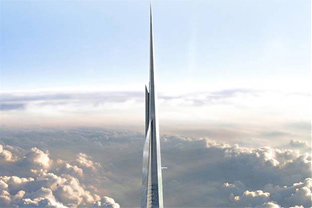 Jeddah Economic Co, the owner and developer of the World's Tallest Tower - Kingdom Tower and Kingdom City - in Jeddah, Saudi Arabia, has selected KONE as the vertical transportation provider to deliver the world's fastest and highest double-decker elevators to Kingdom Tower.


Kingdom Tower, which is being built by Saudi Bin Laden Group, is expected to rise to the height of more than one kilometer upon completion in 2018. Featuring KONE's people flow solutions, the building will have the world's fastest double deck elevators with travel speed of over 10 m/s as well as the world's highest elevator rise at 660 meters.

KONE UltraRope is a new high-rise elevator technology that is set to break industry limits and enable future elevator travel heights of 1 kilometer - twice the distance currently feasible. The KONE UltraRope technology eliminates the disadvantages of conventional steel rope and opens up a world of possibilities in high-rise building design.

Kingdom Tower is the centerpiece and first construction phase of the Kingdom City development, located along the Red Sea on the north side of Jeddah. Encompassing a construction area of 530,000m2, Kingdom Tower is designed by architect Adrian Smith and Gordon Gill Architecture and the construction of the building has been commissioned to Saudi Bin Laden Group. Dar Al Handasa is the project's construction supervisor, while E.C. Harris / Mace JV is managing the project.

KONE Areeco is KONE's Saudi Arabian joint venture company with KONE holding 50% of the shares. KONE Areeco has several flagship projects in Saudi Arabia, such as the successfully completed Makkah Royal Clock Tower Hotel in Mecca, as well as ongoing projects such as the King Abdullah Financial District in Riyadh, and the King Abdulaziz International Airport and the Headquarters Business Park in Jeddah.