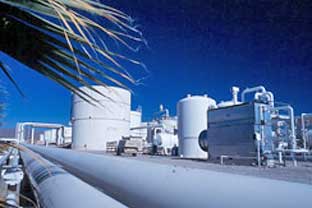 Kinder Morgan Energy Partners, L.P. has entered into a definitive agreement to acquire American Petroleum Tankers (APT) and State Class Tankers (SCT) from affiliates of The Blackstone Group and Cerberus Capital Management for $962 million in cash.


APT and SCT are engaged in the marine transportation of crude oil, condensate and refined products in the United States domestic trade, commonly referred to as the Jones Act trade.

APT's fleet consists of five medium range Jones Act qualified product tankers, each with 330,000 barrels of cargo capacity. With an average vessel age of approximately four years, the APT fleet is one of the youngest in the industry.

Each of APT's vessels is operating pursuant to long-term time charters with high quality counterparties, including major integrated oil companies, major refiners and the U.S. Navy.

These time charters have an average remaining term of approximately four years, with renewal options to extend the initial terms by an average of two years. APT's vessels are operated by Crowley Maritime Corporation, which was founded in 1892 and is a leading operator and technical manager in the U.S. product tanker industry.

SCT has commissioned the construction of four medium range Jones Act qualified product tankers, each with 330,000 barrels of cargo capacity. The vessels are scheduled to be delivered in 2015 and 2016 and are being constructed by General Dynamics' NASSCO shipyard.

The transaction, which is subject to standard regulatory approvals, is expected to close in the first quarter of 2014, at which time it will be immediately accretive to cash available to KMP unitholders.

APT currently generates about $55 million of annual EBITDA. After completion of construction of the four SCT vessels, KMP expects combined annual EBITDA of approximately $140 million, which is an EBITDA multiple of 8.4 times.