Staff writer ▼ | January 20, 2015
Japan Atomic Power is considering breaking itself up into two regional units to rebuild its business around the outsourcing of nuclear reactor operations. 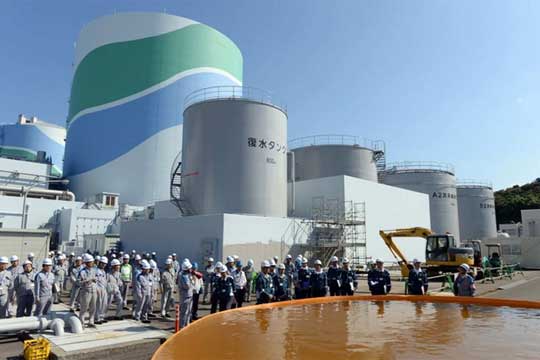 Energy business in Asia   Boiling-water and pressurized-water reactors
The reorganization would involve setting up a holding company with eastern and western Japan units operating under it. The idea is to distribute its resources based on regional needs.

Japan Atomic Power is the only company in the nation that operates both boiling-water and pressurized-water reactors. The former type is more common in the east, while the latter is prevalent in western Japan. By tapping its know-how and realigning resources to enhance each unit's specialty, the company seeks to develop a business of operating and decommissioning reactors on behalf of regional utilities.

With its three reactors all offline, Japan Atomic Power currently generates no electricity. It has managed to stay in business by receiving more than 100 billion yen ($851 million) a year from the five regional utilities it has supply contracts with.

But with no prospect of restarting its reactors, the sponsor utilities have asked Japan Atomic Power to draw up a restructuring plan that creates a new revenue source.