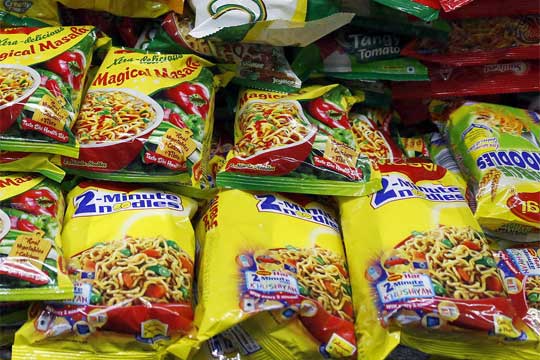 Food   Impermissibly high levels of lead
Nestle said earlier Friday it was pulling the Maggi 2-Minute Noodles from stores in India to calm consumer fears, while insisting they were safe.

"Consumer trust has been shaken," Nestle SA's chief executive Paul Bulcke told reporters at a news conference in New Delhi on Friday. "I don't think this is the right environment to have the product on their shelves... That's why I've come all the way from Switzerland to clarify, to observe," he said.

The Food Safety and Standards Authority of India said in a statement that tests on samples of the product across the country detected high levels of lead, a toxic metal.

It also alleged Nestle's Indian arm introduced a variant of the product without their approval. Mr. Bulcke said the company had not received a formal notice from the national watchdog on that allegation and declined to comment.

At least five Indian states temporarily banned the sale of the item this week after some tests showed high levels of lead. At least three other states said their test results were clean. Nestle said it conducted its own tests and found lead levels to be within the limit.

Mr. Bulcke said the company was working with authorities to understand discrepancies in results. "There are different technologies, different readings," he said. "We are in talks with Indian authorities to bring this matter to a suitable ending." ■

Government employees in Canada paid 9.7% more than those in private sector