Staff writer ▼ | July 3, 2015
IFC, a member of the World Bank Group, announced an investment of $40 million (BRL 120 million) in Grupo Ser Educacional to help postsecondary education in the Northeast and North regions. 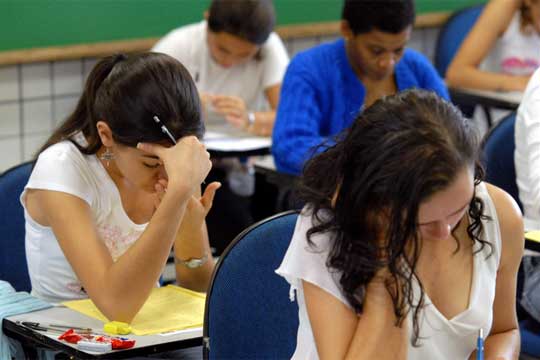 Education in Latam   A member of the World Bank Group is helping
IFC’s 7-year loan to Grupo Ser Educacional will support its expansion through the construction of two new campuses in the cities of Aracaju and Fortaleza, the renovation and modernization of the existing campus, as well as new acquisitions.

Penetration of higher education in Brazil is low by international standards. The country’s higher education Gross Enrolment Ratio (GER) is about 32 percent, much lower than in other countries in Latin America (GER for Argentina, Chile, and Uruguay, for instance, is above 60%).

Improving access to postsecondary education is critical to increase Brazil's competitiveness and its ability to innovate, therefore a strategic priority for IFC. GER for the North and Northeast regions is even lower than that of Brazil, making access to postsecondary education an even higher priority matter for these regions, which concentrate 70% of the country’s poverty.

This is IFC’s third investment in Grupo Ser Educacional. In 2013, IFC’ was an anchor investor in the group’s Initial Public Offering (IPO) at the Brazilian Stock Exchange. IFC’s approach in the education sector is to support companies with sufficient scale to deliver high-quality and affordable education.

“We are pleased to once again support Grupo Ser Educacional’s expansion. Investment in education is a strategic priority for IFC, as it is critical to helping build the skills and improve the productivity of a country’s workforce, and thus to promote its social and economic development”, said Carmen de Paula, IFC Principal Investment Officer of Manufacturing and Services in Brazil.

IFC is the largest multilateral investor in private education in emerging markets. Over the past 15 years, IFC has invested $1.3 billion in education projects in 33 countries.

In fiscal year 2014, IFC’s investments improved quality of education for over 2.5 million students in developing countries. Alongside investing in private institutions, IFC also supports providers of student finance. In the last five years, IFC has invested $200 million in education projects in Brazil. ■