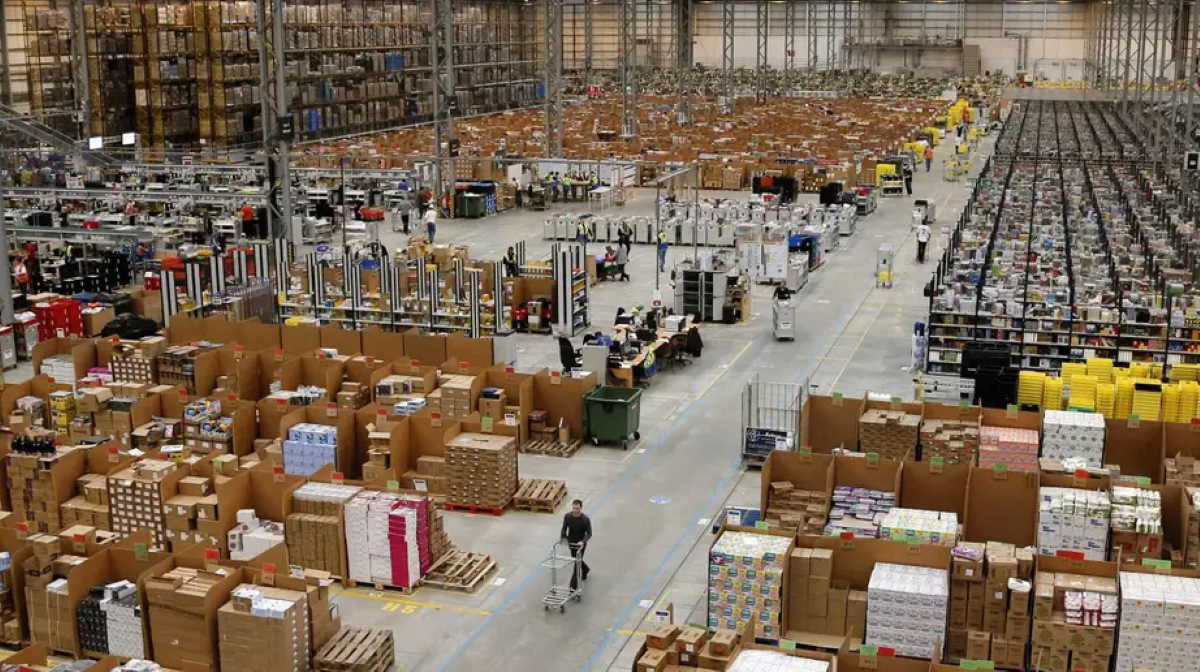 Business in Amazon   Amazon UK
In one incident, a worker at a London warehouse was knocked unconscious and stopped breathing after injuring their head, according to data compiled by the GMB union.

An accident investigation report found "the main root cause of this incident was failing to provide a safe working environment".

Another worker at Bardon Hill, in Leicestershire, suffered internal bruising after being knocked down and wedged under a heavy goods vehicle.

In Manchester, a worker received head injuries after a number of boxes fell on them, and they were later diagnosed with an inter vertebral disc prolapse.

The figures show that 240 reports of serious injury or near misses were sent to the Health and Safety Executive (HSE) in the 2019 financial year.

Over the last three years, there were 622 serious injuries or near misses although only a handful are believed to be near misses. ■