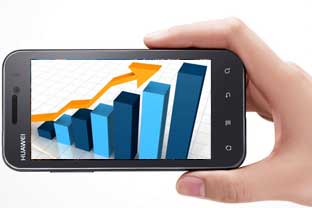 Huawei, a global ICT giant, reported its 2012 financial performance results and they look great: The company expects a net profit of $2.48 billion, a 33% increase year-on-year.


Huawei expects its 2012 global sales revenues to reach CNY 220.2 billion, and that's an 8% year-on-year increase. About 70% of Huawei's revenue was generated from serving leading telecommunications operators, including 45 of the world's top 50. The 2012 results audited by KPMG will be outlined in the company's annual report, which will be released in April.

Continuous innovation focusing on customer needs is also an important driving force for Huawei's growth. The company has cumulatively invested CNY 120 billion in R&D over the past 10 years, including a CNY 29.9 billion investment in 2012, accounting for more than 13% of the year's revenue.