Staff writer ▼ | February 11, 2015
Halliburton Co., one of the world's largest oil-field services companies, said Tuesday it will cut 5,000 to 6,500 jobs to cope with the falling crude prices, the latest in a string of oil-field layoff announcements. 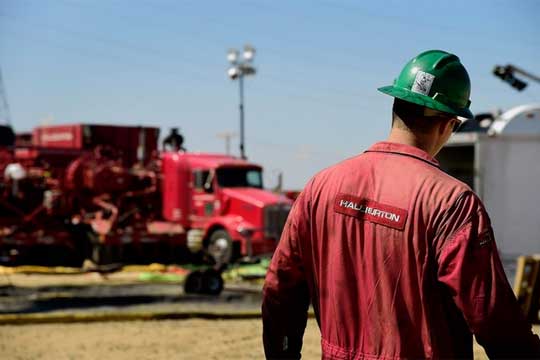 "We value every employee we have, but unfortunately we are faced with the difficult reality that reductions are necessary to work through the challenging market environment," Halliburton spokeswoman Emily Mir said in the statement.

The reductions will affect "all areas of Halliburton's operations," Mir said. Halliburton is the biggest hydraulic fracturing company in the United States, and the second-biggest oil-tool provider in the world after Schlumberger.

Halliburton's move brings the number of layoffs announced by the world's four biggest oil field services in recent weeks to more than 30,000 workers around the world, which is about 9.4 percent of their combined workforce, according to the Houston Business Journal.

Most oil producers and services companies in the United States have announced widespread job reduction and budget cuts in response to the plummetting oil prices. Analysts say most energy companies are expected to slash at least 15 percent of their capital spending this year. ■