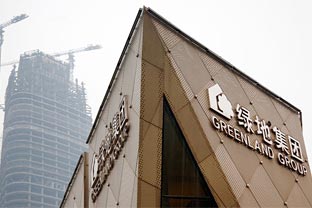 
The Shanghai-based group signed a contract in London with Minerva, the property investment and development group acquired by clients of Ares Management LLC and Delancey in 2011, to purchase the Ram Brewery development site in the Wandsworth area of London, reports China Daily.

The historic Ram Brewery was originally acquired by Minerva in 2006 for redevelopment. The 7.75-acre (3.1 hectare) Ram Brewery development is being sold with outline planning permission for 661 new homes, including a 36-story landmark tower providing 166 apartments and commercial space for shops, cafes, bars and restaurants.

Besides that development, Greenland will be investing in a high-end residential housing project at London’s Canary Wharf. More details on that project will be announced at the end of the month, the company said.

Greenland is one of the biggest developers in the world, with approximately 600 million sq ft of large-scale commercial and residential projects currently under construction in 80 cities throughout China, as well as real estate projects in South Korea, Thailand, Australia and the U.S. ■