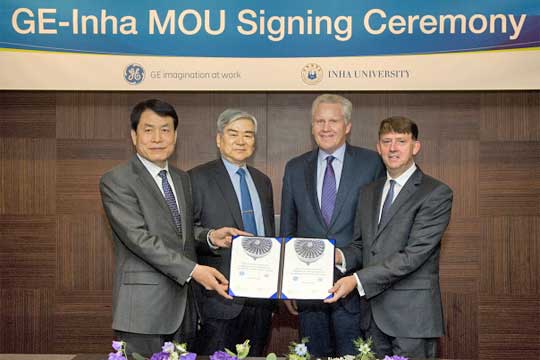 Hanjin Group   To build a new research and development center
Tentatively named the GE-Inha Innovation Center, the new facility will carry out joint research activities in the aviation, energy and environment sectors, they added.

"Through the innovation center, we will support creative research activities and ideas of Korean students," said Chris Drewer, general manager of Asia-Pacific Sales for GE Aviation.

"GE, together with Korean Air and Inha University, will continue to expand our partnership for the further development of Korea's aviation industry." ■

Best Buy domestic revenue up and international down