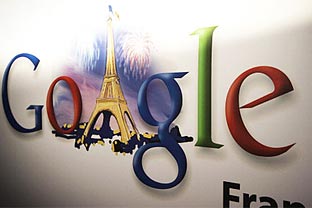 
CNIL It ordered the company to publish a communique on this decision on its homepage Google.fr, within eight days as of its notification.

On March 1, 2012, Google decided to merge into one single policy the different privacy policies applicable to about sixty of its services, including Google Search, YouTube, Gmail, Picasa, Google Drive, Google Docs, Google Maps, etc. Nearly all Internet users in France are impacted by this decision due to the number of services concerned.

The G29 (the Working Group of all EU Data Protection Authorities) then decided to carry out an assessment of this privacy policy. It concluded that it failed to comply with the EU legal framework and correspondingly issued several recommendations, which Google Inc. did not effectively follow-up upon. Consequently, six EU Authorities individually initiated enforcement proceedings against the company.

In this context, the CNIL's Sanctions Committee issued a monetary penalty of 150,000 euros to Google, Inc., upon considering that it did not comply with several provisions of the French Data Protection Act.

In its decision, the Sanctions Committee considers that the data processed by the company about the users of its services in France must be qualified as personal data. It also judged that French law applies to the processing of personal data relating to Internet users established in France, contrary to the company's claim. ■