Staff Writer | May 11, 2018
The U.S. Department of Transportation’s Federal Aviation Administration (FAA) has issued an Emergency Order of Suspension against Island Airlines of the U.S. Virgin Islands, for not allowing the agency to inspect the company’s aircraft and records. 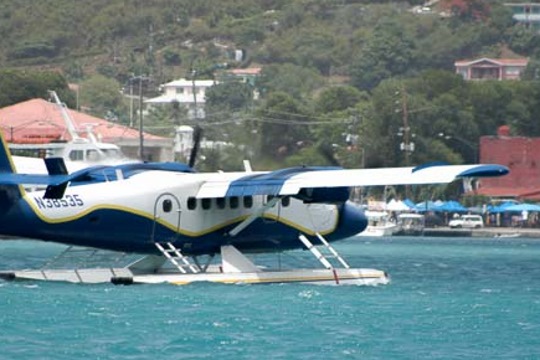 Airline   Not allowing the agency to inspect
On March 14, 2017, the FAA received information alleging the St. Croix-based company was operating a Beech B200 while an inspection was overdue for one of its engines.

Between March 15, 2017 and Nov. 29, 2017, the FAA tried numerous times to contact Island Airlines by email and certified letters to alert the company it was opening an investigation and to schedule an inspection of its aircraft and records.

Additionally, the FAA sent inspectors to St. Croix to inspect Island Airlines’ records and aircraft in April 2017 and November 2017.

The company did not respond to the FAA’s various communications and did not make a representative available to allow the inspectors access to its operations base, the FAA alleges.

Because Island Airlines did not allow access to its operations base for inspection of its records and aircraft, the FAA cannot verify the company’s qualifications to hold an Air Carrier Certificate, the agency alleges.

The FAA has determined that the safety of the flying public requires the suspension of Island Airlines’ certificate until it allows inspection of its records and aircraft to establish the company’s qualifications.

The Emergency Order of Suspension is effective immediately, and the company cannot conduct operations while the order is in effect. Island Air surrendered its certificate. ■