Staff writer ▼ | May 6, 2015
EU regulators will miss a June deadline to decide whether tax deals granted by individual member states to big multinational companies are legal because they lack some data, the EU's antitrust chief said. 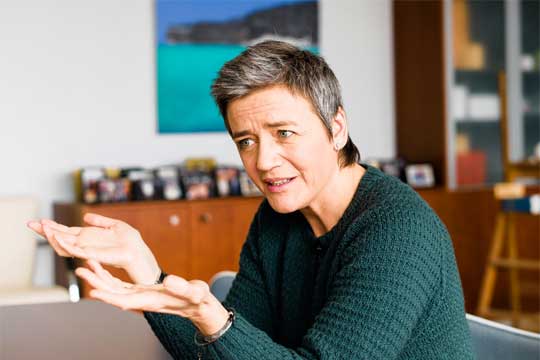 EU regulators   The deadline will be missed
The investigations launched last year centre on Luxembourg's tax rulings for Fiat Chrysler, Amazon, and Starbucks' deal with the Netherlands and Apple's Irish arrangements, and whether they are paying a fair share of tax.

European Competition Commissioner Margrethe Vestager, who had previously set a second quarter deadline for her decision, said it was taking longer than expected to get the relevant information.

"It is clear that obtaining information is both challenging and time consuming. We do not necessarily get the information the first time or the second time. Therefore we will not meet the first deadline to be done by the end of the second quarter. We will do our best," Vestager told lawmakers in the European Parliament.

"I will not give deadlines for the finalisation of these cases," she added.

The European Commission can order authorities to recover unfair state aid, which in the case of the four companies could run to millions of euros. Apple in a regulatory filing last week said a negative decision could have a material impact.

Vestager said Poland, Estonia and the Czech Republic have yet to provide details of the companies granted tax rulings between 2010 to 2013.

Vestager said she was reviewing the information provided by trade unions accusing McDonald's of avoiding taxes in a deal with Luxembourg to see whether it merited an investigation. ■