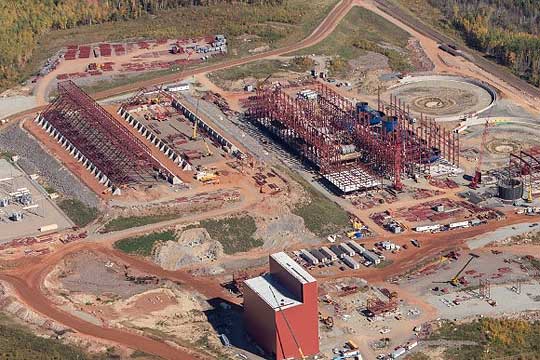 Going down   Essar Minnesota has been building a $1.9 billion plant
The action was taken after Minnesota Governor Mark Dayton terminated Essar's lease agreements with the state Friday.

"The company has been told for the past nine months that the state would not extend those leases beyond July 1, 2016, unless it paid the full amounts it owed to Minnesota contractors and showed that it had the ability to carry its current construction project through to completion," the governor said.

"The company has not done so, and has provided no reliable assurances that it will be able to do so in the foreseeable future."

Essar Minnesota has been building a $1.9 billion plant in Nashwauk that was expected to supply Essar Steel Algoma as well as ArcelorMittal's North American steelmaking operations with taconite iron ore pellets. ■