Staff Writer | May 8, 2018
The European Commission (EC) has approved under the EU Merger Regulation the acquisition of Ilva by ArcelorMittal. 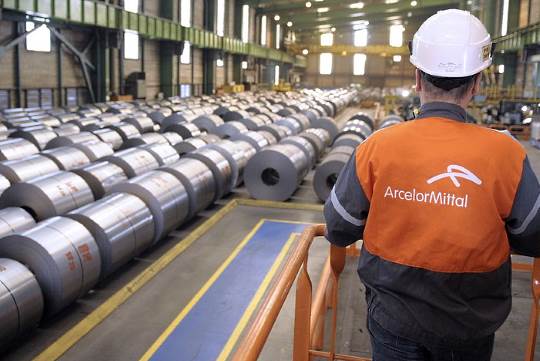 Acquisition   Steel producers
The decision is conditional on the divestiture of an extensive remedy package to preserve effective competition on European steel markets to the benefit of consumers and businesses.

This decision follows an in-depth review of the deal, which combines ArcelorMittal, the largest producer of flat carbon steel in Europe and worldwide, with the main assets of Ilva, notably its steel plant in Taranto, Italy, which is Europe's largest single-site integrated flat carbon steel plant.

Both companies are significant producers in Europe of hot rolled, cold rolled and galvanised flat carbon steel. ArcelorMittal has a wide production network across the European Economic Area (EEA) and Ilva has major production assets in Italy.

The European steel sector is a key industry across the EU – it employs about 360 000 people in more than 500 production sites in 23 Member States.

This Commission decision is subject to the divestiture of several steel plants, which preserves effective competition on European steel markets and the competitiveness of this industry, also after this transaction.

The steel plants would be sold to one or more buyers that will continue to operate and develop them, so they can compete effectively with ArcelorMittal.

In other words, the sale of a plant to a buyer, which would plan to subsequently close it down, would not be an acceptable solution.

As part of its in-depth investigation, the Commission reviewed more than 800,000 internal documents and took into account feedback from over 200 customers.

These customers, including many small and medium sized companies, are active in a wide range of sectors, such as construction, car manufacturing, household appliances, tubes etc.

They rely on competitive steel prices to compete with imported products in the EEA as well as on global markets.

As a result of its investigation, the Commission had concerns that the transaction as notified would have resulted in higher prices for European customers for hot rolled, cold rolled and galvanised flat carbon steel.

The merged entity would have controlled over 40% of the production capacity for hot rolled, cold rolled and galvanised flat carbon steel products in the EEA, with a far larger market share than any of its competitors in Europe, such as Tata Steel, Thyssenkrupp and Voestalpine.

The Commission investigation showed that the merged entity's competitors in Europe would have neither the incentive nor the ability to replace the reduced competition as a result of the transaction.

However, imports are not a sufficiently strong and stable alternative to fully offset the likely negative effects on price due to the loss of competition between Ilva and ArcelorMittal.

Finally, the Commission also looked at certain other products, including metallic coated steel for packaging. However, the Commission concluded that there were no concerns relating to these products, in particular due to the limited presence of Ilva and the very strong role played by other competitors.

In particular, ArcelorMittal offered to divest an extensive package of production assets in Belgium (Liège), in the Czech Republic (Ostrava), in Luxembourg (Dudelange), in Italy (Piombino), in Romania (Galati) and in the Former Yugoslav Republic of Macedonia (Skopje).

Furthermore, ArcelorMittal offered to divest a number of distribution assets in France and Italy.

As regards hot rolled steel, the remedy package contains production capacity at the integrated steel plants in the Czech Republic (Ostrava) and in Romania (Galati), covering a significant part of the overlap created by the addition of the Taranto facility to ArcelorMittal's portfolio.

The Commission found that the remedy is sufficient to reduce the market power that ArcelorMittal would have achieved, also taking into account that the competitive constraint from import is particularly strong for hot rolled commodity products in Italy and Southern Europe.

Furthermore, as regards Galati, ArcelorMittal also committed to provide funding to incentivise the expansion of the hot rolled steel production under a new buyer.

As regards cold rolled steel, the divested assets cover the vast majority of the parties' overlap in production capacity.

This concerns in particular the finishing plants in Belgium (Liège), in Italy (Piombino) and in the Former Yugoslav Republic of Macedonia (Skopje), and the integrated steel plant in Romania (Galati).

Finally, as regards galvanised steel, where competition between ArcelorMittal and Ilva is the strongest, the divested assets cover the parties' overlap in production capacity in full.

This concerns in particular the finishing plants in Belgium (Liège), in Luxembourg (Dudelange), in Italy (Piombino) and in the Former Yugoslav Republic of Macedonia (Skopje), and the integrated steel plant in Romania (Galati).

The Commission also found that the divested assets constitute viable businesses that would enable a suitable buyer(s) to effectively compete with the merged entity in the long-term.

Furthermore, the divested assets cover the entire value chain, from primary steel-making capabilities to distribution assets, matching what both ArcelorMittal and Ilva currently do.

Finally, ArcelorMittal proposed to remove Marcegaglia (a significant Italian competitor for the production of galvanised flat carbon steel) from the consortium purchasing Ilva and committed not to acquire shares in Marcegaglia as part of the transaction.

This avoids that competition could be weakened further by a strengthening of structural ties between the three companies.

On this basis, the Commission concluded that the proposed transaction, as modified by the commitments, would no longer raise competition concerns and would ensure that competition is preserved on European steel markets, in the interest of European manufacturing industries and consumers.

The decision is conditional on full compliance with the commitments. ■

EC opens in-depth investigation into proposed acquisition of Ilva by ArcelorMittal
4,000 jobs to be lost in Italy after ArcelorMittal takeover
ArcelorMittal U.S. lands up to $1 billion in financing

Deutsche Bank to end activities in coal mining
Airline Jet2.com to suspend all UK flights to Spain on Tuesday
United Airlines to resume service on over 25 international routes in September
Apple’s iPhone 11 will be made in India from now on, not China