Dongfeng and Renault have green light for joint venture 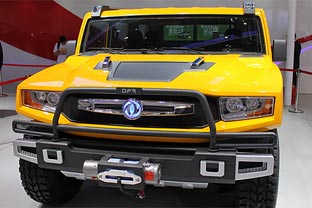 
Dongfeng Motor and Renault welcome the approval from the Chinese authorities for their joint venture. Renault, already present on the imported vehicles market in China, is partnering with a heavyweight of the Chinese automotive industry. This alliance will allow Renault to deploy its ambitious strategy in the world's largest automotive market.

Dongfeng will use this opportunity to further consolidate global resources and achieve rapid development in the automotive market. Renault will use this opportunity to strengthen its scale and depth in the Chinese market and extend its industrial footprint. With the support of both Dongfeng Motor and the Renault-Nissan Alliance, stakeholders of both sides will push forward close cooperation in every sector, notably research and development, purchasing, manufacturing and marketing.

The signing ceremony will take place on December 16, 2013.

Dongfeng Motor Corporation (DFM) is a main State Owned Enterprise (SOE) under the direct supervision of the State-Owned Assets Supervision and Administration Commission of State Council. It is one of the three giant carmakers in China. By the end of 2012, DFM’s total assets amounted to RMB 228.4 billion yuan and a staff of 160,000.