Staff writer ▼ | June 16, 2014
The hacker group Rex Mundi claims to have cracked a Domino's Pizza database, saying they have stolen the details of more than 650,000 customers. 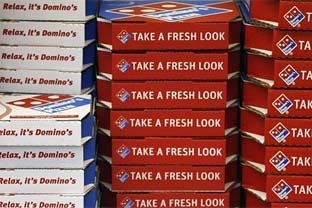 The hacker group Rex Mundi claims to have cracked a Domino's Pizza database, saying they have stolen the details of more than 650,000 customers.


Rex Mundi, says the data will be released later today if the pizza chain fails to pay a ransom of $40,590. In a post on dpaste.de, the group said it had gained access to a customer database shared between Domino's France and Domino's Belgium which contains passwords and personal data belonging to customers who had previously registered for home deliveries:

"Earlier this week, we hacked our way into the servers of Domino's Pizza France and Belgium, who happen to share the same vulnerable database. And boy, did we find some juicy stuff in there! We downloaded over 592,000 customer records (including passwords) from French customers and over 58,000 records from Belgian ones.

"That's over six hundred thousand records, which include the customers' full names, addresses, phone numbers, email addresses, passwords and delivery instructions. (Oh, and their favorite pizza topping as well, because why not).

Rex Mundi gave a deadline of 8pm CET (7pm BST) for Domino's to pay up, claiming that failure to do so would result in the posting of "the entirety of the data in our possession on the internet," the group said.

The hacking group also publicised its attack on Twitter and that account now appears to be suspended, with a message to the pizza chain's customers advising them to sue if Domino's failed to pay up. ■

Medtronic to acquire Covidien for $42.9 billion

Hillshire Brands board against the Pinnacle Foods transaction