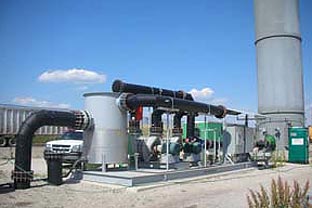 The business has an extensive portfolio of existing gas and power contracts. These include purchase agreements with Marcellus shale gas producers, gas storage and pipeline capacity, and gas and power supply agreements with customers, including local distribution companies. It also has a tolling arrangement on the Bayonne Energy Centre gas-fired power plant, to supply power to its customers in New York.

Conference Board: Canada should reduce trade barriers on food