Staff writer ▼ | November 27, 2013
Diageo is building up its luxury portfolio in India as it bets on premium liquor to drive its business in the third-largest liquor market in volumes. 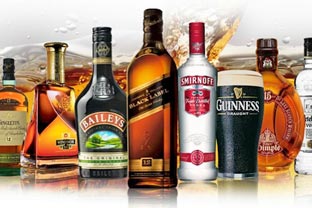 Diageo is building up its luxury portfolio in India as it bets on premium liquor to drive its business in the third-largest liquor market in volumes.


"We made a conscious choice to win in segments that are fast growing and have attractive profit pools. Our segments won't translate into huge volume market share but that's a conscious choice we have made," Diageo India managing director Abanti Sankaranarayanan, said.

Ms. Sankaranarayanan said that her mandate from the British parent is to win in its chosen battleground of Scotch and premium white spirits, where it sees a strong double-digit growth.

As part of this strategy Diageo will soon launch a limited edition version of its premium blended Scotch, Johnnie Walker Blue Label, designed by British luxury house Alfred Dunhill. Blue Label, one of the most expensive blended Scotches in the world, will join Johnnie Walker's portfolio starting with Red Label and going all the way up to The John Walker.

Diageo said its volume game in India is fulfilled through United Spirits, which will also sell Diageo's products through its strong distribution network across the country. USL, which makes the local whiskey Bagpiper, is the largest market holder with more than 42% share in the Indian market by volume, followed by Pernod Ricard SA, which has approximately 12% of the market with local brands such as Royal Stag and Imperial Blue.

Diageo, which holds just about 1% share in the Indian market, plans to scale back its only local brand, Rowson's Reserve, to select markets as it targets to take lead in Scotch and premium vodka segments, which account for just 7% of the total liquor market by value in the country. ■