Christian Fernsby ▼ | October 19, 2020
Deutsche Telekom and Stratospheric Platforms Limited conducted the world's first successful demonstration of LTE 4G voice and data connectivity over a platform flying at the edge of the stratosphere and fully integrated into a commercial mobile network. 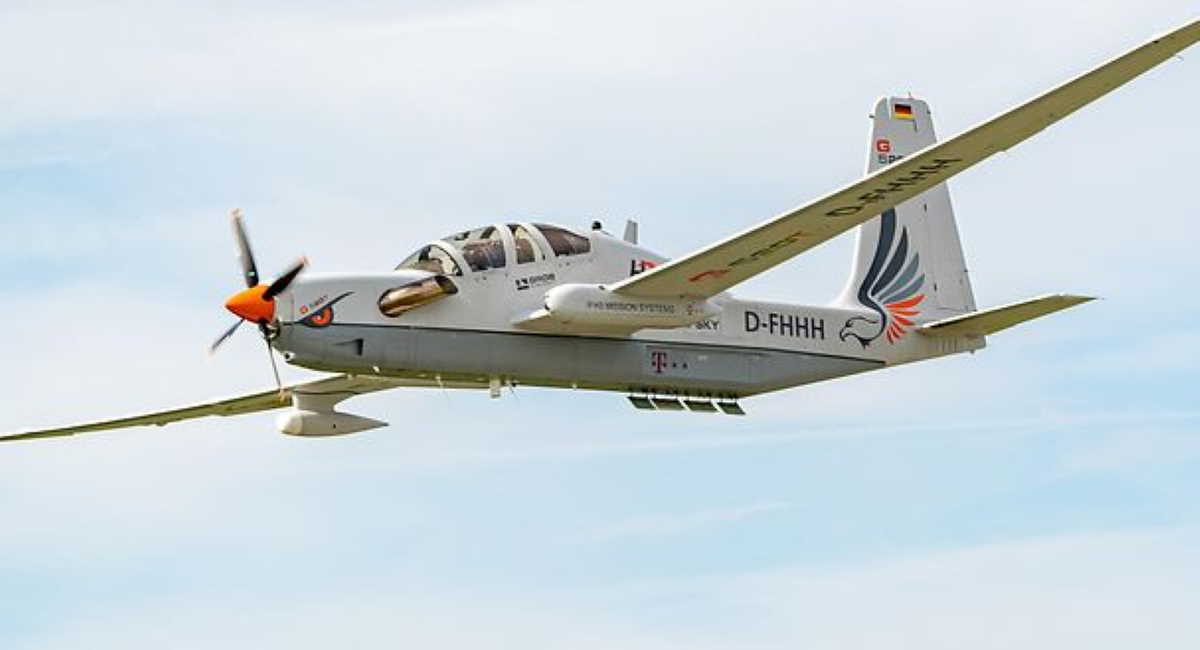 Platforms   Deutsche Telekom Stratospheric
Beginning of October, several test flights were carried out in Bavaria with a remote-controlled aircraft system at an altitude of approximately 14 kilometers (Flight Level 450) to establish voice and data connections via the antennas installed on the aircraft.

During the test, the smartphone was connected to the terrestrial mobile network of Telekom Deutschland via the antennas on the aircraft.

The stratospheric test showed download speeds of 70 Mbps and upload speeds of 20 Mbps in the 2.1 GHz range over a channel bandwidth of 10 MHz. Due to the high flight altitude and an almost unobstructed view of the ground, an airplane can use special antennas to supply radio cells with a diameter of up to 100 kilometers, thereby supplementing the existing mobile phone network on the ground ■