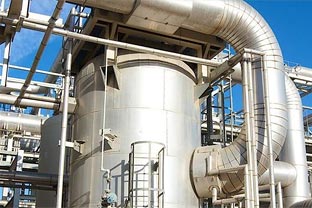 Although Q4 2013 net profit rose by 12% to $ 35 million from $31 million in Q4 2012 the Company's net profit for the year was down 5% to $156 million from $165 million in 2012. This was due to an increase in royalty payments to the Egyptian government, a higher depreciation, depletion and amortization expense in Egypt as well as lower sales of high-margin LPG in the Kurdistan Region of Iraq (KRI).

The lower sales of LPG were due to the repair of the LPG loading facilities at the Khor Mor facility in the first half of the year and to under lifting by the Ministry of Natural Resource (MNR) of Kurdistan Region Government of Iraq (KRG) since the facility came back on stream in July 2013.

Dana Gas's full year cash balance improved by 24% to $204 million from $164 million, thereby strengthening the balance sheet. Total assets at the end of 2013 increased to $3.52 billion. ■