Staff writer ▼ | October 16, 2013
Dana Gas and Crescent Petroleum reported operating results for their major operations in the Kurdistan Region of Iraq. More than 402 billion cubic feet of gas and 20 million barrels equivalent of liquids have been produced. 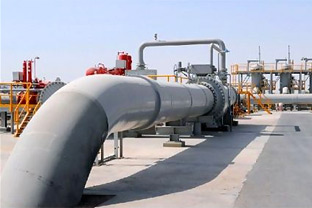 Dana Gas and Crescent Petroleum reported operating results for their major operations in the Kurdistan Region of Iraq. More than 402 billion cubic feet of gas and 20 million barrels equivalent of liquids have been produced.


As joint operators of the Khor Mor Field on behalf of the Pearl Consortium, they are currently producing an average of 80,000 barrels of oil equivalent (boe) per day, with total investment of $1.1 billion and total cumulative production of close to 100 million boe. This is the largest investment and production in the oil & gas sector of the Kurdistan Region of Iraq.

The daily production includes 335 million cubic feet of gas per day and 14,100 barrels of condensate, with an LPG capacity of over 1,000 tonnes per day. A maximum production rate of 87,700 boe per day was also achieved.

In total, more than 402 billion cubic feet of gas and 20 million barrels equivalent of liquids have been produced by the companies since the start of production in October 2008, with the gas supply to local power stations enabling 1,750 MW of new electricity supply locally.

This has ensured almost continuous power supply for 4 million people in the Kurdistan Region, in contrast to the electricity crisis in other parts of Iraq, and provided $11 billion of savings in fuel costs for the government, with annual savings in excess of $3.3 billion going forward and major environmental benefits in cutting greenhouse gas emissions while transforming and energising the economic and social development of the entire region at the same time.

In addition, the environmental benefits included a total of $169 million in carbon savings and lower environmental pollution thanks to the utilisation of natural gas instead of liquid fuels for power generation.

The project partners had by the end of September 2013 invested a total of $1,069 million under contracts signed with the Kurdistan Regional Government (KRG) for the Khor Mor and Chemchemal blocks in April 2007. ■

Saudi Arabia to use shale gas for electricity