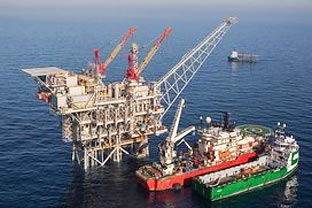 ConocoPhillips announced a 2014 capital expenditures budget of $16.7 billion for continuing operations. Investments during 2014 will target the company's diverse portfolio of global opportunities.


Approximately 55 percent of the budget is allocated toward North America and 45 percent toward Europe, Asia Pacific and other international businesses.

Highlights of the company's 2014 investment program include: increased investment in the company's successful development drilling programs in the Eagle Ford, Bakken and Permian; and higher allocation of capital to Alaska compared to 2013, reflecting increased spending on the CD-5 development and higher activity resulting from improved fiscal terms from the passage of the More Alaska Production Act (SB21).

The company also plans to peak spending at the Australia Pacific LNG (APLNG) project and ongoing high levels of spend at Surmont Phase 2 in anticipation of first production from both projects in 2015 and increase exploration and appraisal activity in several North American unconventional plays, including the Permian, Niobrara and Duvernay.

Ramp up in operated conventional exploration drilling programs in the deepwater Gulf of Mexico and Angola.

The company also announced it is on track to achieve its previously stated 2014 annual average production target of approximately 1,600 thousand barrels per day (MBOED) from continuing operations, including 50 MBOED from Libya. The company expects to achieve growth in its Lower 48, Canada, Europe and Asia Pacific regions.