Staff writer ▼ | May 20, 2015
ConAgra Foods said it will pay $11.2 million to settle a federal criminal charge that the company shipped Peter Pan peanut butter tainted with salmonella from a plant in Georgia more than eight years ago. 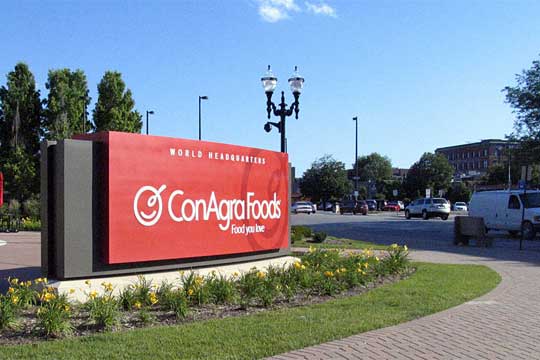 Salmonella   Consequences of the massive recall
That event triggered a massive recall and food-safety investigation after more than 600 people got sick.

"ConAgra Foods announced today a negotiated resolution by a subsidiary, ConAgra Grocery Products Company LLC, with the Office of the United States Attorney for the Middle District of Georgia and the Consumer Protection Branch of the Department of Justice.

"The resolution relates to the previously announced investigation into a peanut butter recall that occurred in February 2007, more than eight years ago. Peter Pan peanut butter is safe for consumers to continue to eat," the company said.

Under the terms of a Plea Agreement with the government, ConAgra Grocery Products Company will agree to plead guilty to a single misdemeanor violation of The Food, Drug & Cosmetic Act.

If the plea is accepted by the U.S. District Court for the Middle District of Georgia, the government’s investigation into the recall will conclude and ConAgra Grocery Products Company will make payments totaling $11.2 million to the federal government. The expense relating to this payment was accrued during previous periods.

Johnson & Johnson to file 10 new drugs, each worth $1 billion