Staff writer ▼ | December 17, 2014
Chinese property developer Greenland Holding Group has broken ground for a project that could be the largest real estate development plan in New York City for 20 years. 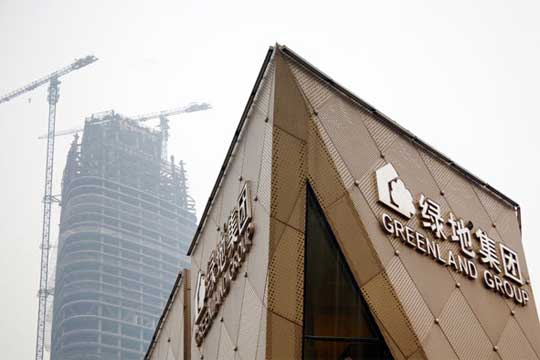 Housing   The largest development in New York City for 20 years
Greenland USA said it is developing an affordable housing project in downtown Brooklyn with its US partner Forest City Ratner Companies. The 18-story project at 535 Carlton Avenue will include 298 units "100 percent affordable" for low-, moderate- and middle-income households, according to Greenland Forest City Partners.

The affordable housing plan is part of a multitower Pacific Park Brooklyn project, which was previously known as the Atlantic Yards. Greenland Group said it will invest $4.9 billion.

With revenue of $41 billion last year, Shanghai-based Greenland is one of China's largest conglomerates focusing on energy, finance and real estate.

The developer entered the US market in 2013 as doubts hit the cooling market at home. After investing $1 billion in the Los Angeles Metropolis project in July, it took a major stake in the Pacific Park project last October.

Under the program's regulations, if new developments or floor area enlargements of more than 50 percent in designated areas allocate at least 20 percent of the residential floor area for affordable housing, developers can receive subsidies and a floor area bonus.

Philips to acquire Volcano for $1 billion