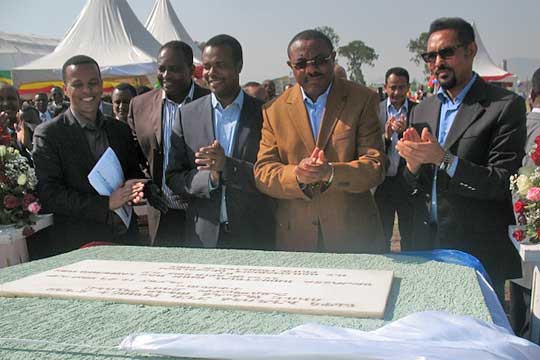 Africa   CCECC will work in Ethiopia
The project, with MH Engineers as consultant, will be completed in nine months with a focus on garment manufacture and agro-industry.

The only government owned Industrial Park is the Bole Lemi Industrial Zone. The 139 million Birr consultancy contract for phase two of this project was signed between the Ministry of Industry and DOHWA Engineering Co. Ltd. on April 1, 2015.

Construction of the Hawassa Industrial Park, which began subsequent to the signing of the contract. It includes 35 factory sheds and 19 buildings which will be used as exhibition halls, food courts, dormitories, and other purposes in the first phase. This phase will cover 100ha, while the remaining phase will add 200ha more.

CCECC was awarded the contract after being shortlisted in a competitive bid that saw the participation of companies such as Tekleberhan Ambaye Construction (TACON) and Rama Construction. ■