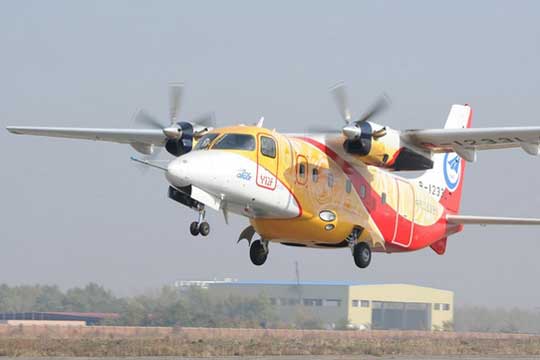 AVIC   An order for 20 Y12
The aircraft will be used for sightseeing tours and cargo transport from Las Vegas to the Grand Canyon. This is the first time for China to export civil aircraft to the U.S.

The HAIG, based in northeast China's Harbin, is a component supplier for world famous aviation enterprises such as Boeing and Airbus, and has independently developed a variety of aircraft, including helicopters and light regional aircraft.

The Y12 series aircraft is a light and general purpose aircraft. The high wing two-engine aircraft can be used for both passenger and cargo transportation, as well as parachute jumping and touring.

HAIG has sold 130 units of its Y12 series aircraft to more than 20 countries and regions worldwide. ■

The Netherlands to open the world's first solar bike lane