Chevron and Lukoil together in Nigeria

Staff writer ▼ | November 22, 2014
Russia's Lukoil and America's Chevron have struck a deal to jointly develop an oil project in Nigeria. 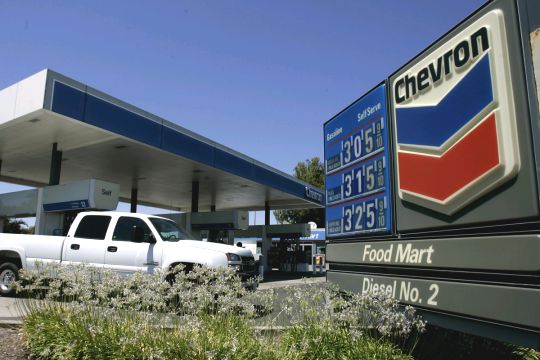 Oil and gas industry   Exploring new opportunities
The deal is seen as part of Lukoil's push to seek opportunities away from Russia's state-dominated oil sector. Lukoil is a private oil company with its Chief Executive Officer Vagit Alekperov, owning about 20 percent.

"We have decided to enter a joint block with Chevron in a project in Nigeria, which we consider to be promising," Alekperov told reporters in Moscow. He declined to name the project and provided no addition information.

According to Chevron's website, the Aparo field and the third-party-owned Bonga SW Field in Nigeria share a common geological structure. It plans joint development for both. According to Reuters, Lukoil, controlled by Alekperov and his deputy, Leonid Fedun, has been expanding its operations overseas.

Alekperov also said Lukoil expects dividend payments next year to be at the same level as in 2014, while its investment programme will be cut by $2 billion to $14 billion. Major oil companies have trimmed spending as oil prices drop. ■

Tourists will enjoy: Isles of Scilly got super fast internet

Sheraton on the Park in Sydney sold