Cessna gets green light from FAA for Citation Latitude 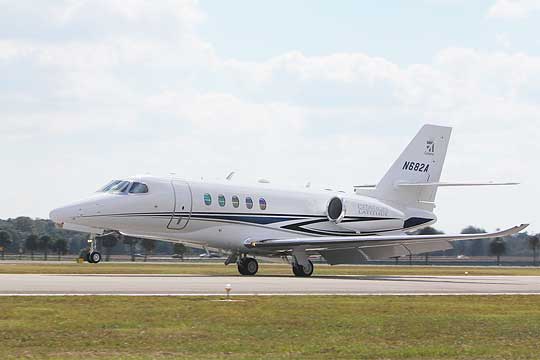 Airplane   Latitude to be delivered in Q3
The new Citation Latitude was made by Cessna Aircraft Company, a subsidiary of Textron Aviation, a Textron company. It is the first business jet to combine a roomy, flat floor, stand-up cabin, with a midsize price and best-in-class operating costs.

FAA certification follows the aircraft’s first Atlantic crossing and European debut at the European Business Aviation Convention & Exhibition in May. Customer reception remains strong as the aircraft’s transcontinental and European performance capabilities were showcased during a month-long regional demonstration tour.

The aircraft flew non-stop from St. John’s, Newfoundland to Valencia, Spain in just over 5 hours demonstrating notable fuel efficiency that would allow the aircraft to continue to several additional European destinations. The Citation Latitude will continue its global debut schedule throughout the remainder of the year.

Among the first customers is NetJets, who has ordered up to 150 Citation Latitude business jets, with initial deliveries beginning in 2016.

The flight test program for the Latitude began with its first flight in February 2014 and grew to include four test articles that flew 690 flights and amassed 1,697 flight hours. ■

Restaurants among the leaders in post-recession job growth