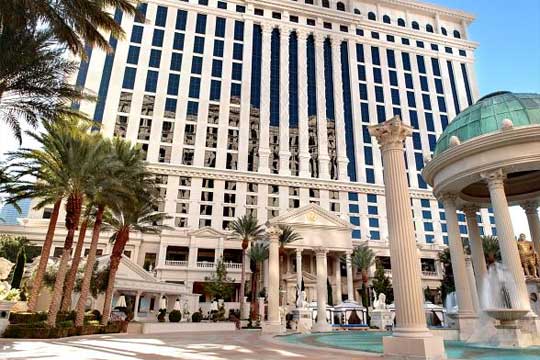 Restructuring Caesars   Annual interest expense to be reduced from $1.7bn to $450m
The plan, which has received support from more than 80% of first-lien noteholders, is intended to significantly reduce long-term debt and annual interest payments, while providing for significant recoveries for creditors and ensuring no interruption of operations across the company's network of properties.

All Caesars Entertainment properties, including those owned by CEOC, are open for business and are continuing to operate in the ordinary course. All properties are continuing to host meetings and events and provide the facilities, amenities and experiences that guests expect.

The entertainers who perform at Caesars properties will continue to do so on their ordinary schedule. Caesars Entertainment, Caesars Entertainment Resort Properties and Caesars Growth Partners, which are separate entities with independent capital structures, have not filed for bankruptcy relief.

CEOC has filed, and expects to obtain approval for, various customary First Day Motions in the bankruptcy court in support of its financial restructuring. CEOC intends to pay suppliers in full under normal terms for goods and services provided on or after the filing date of January 15, 2015.

Under the terms of the proposed financial restructuring, CEOC will convert its corporate structure by separating virtually all of its U.S.-based gaming operating assets and real property assets into two companies: an operating entity (OpCo) and a newly formed, publicly-traded real estate investment trust (REIT) that will directly or indirectly own a newly formed property company (PropCo).

The merged company will be in a strong position to serve as a guarantor for the lease payments OpCo will make to PropCo. Following the merger and the restructuring, OpCo will have sufficient cash to support its operations and obligations.

The restructuring is conditioned upon the release of all pending and potential litigation claims against Caesars Entertainment, Caesars Acquisition Company and related parties. The proposed restructuring plan remains subject to approval by the Bankruptcy Court and the receipt of required gaming regulatory approvals.

Randall S. Eisenberg, a managing director at AlixPartners, has been named Chief Restructuring Officer of CEOC. In this role, Eisenberg will oversee the Chapter 11 cases and implementation of the restructuring transactions at the operational level.