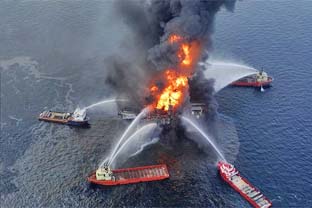 
The company acted after the New Orleans-based 5th U.S. Circuit Court of Appeals lifted an injunction earlier in the day that had prevented payments being made. Last week, the court had decided not to revisit a decision rejecting BP's bid to block payments to businesses that could not trace their economic losses to the disaster.

Scalia, who has responsibility for emergency applications arising from the 5th Circuit, can either act on BP's request himself or refer the matter to the nine-member court as a whole. There is no specific deadline by which the court must act.

In the new court filing, BP say that if the payments are not blocked, "countless awards totaling potentially hundreds of millions of dollars will be irreparably scattered to claimants that suffered no injury traceable to BP's conduct." ■