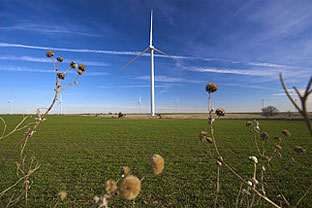 
The British oil giant has already sold, or wants to sale, some $38 billion worth of assets. The money will partly go to cover company's 2010 U.S. oil spill liabilities, and in part into a new oil and gas projects with better ROI. The company didn't announced the value of it U.S. wind farm bushiness, but Financial Times estimates it at around $1.5 billion.

The company expects "attractive offers" for the assets which include interests in 16 operating wind farms in nine states with a combined generating capacity of around 2,600 megawatts of renewable power, as well as a portfolio of projects in various stages of development, writes Reuters. ■