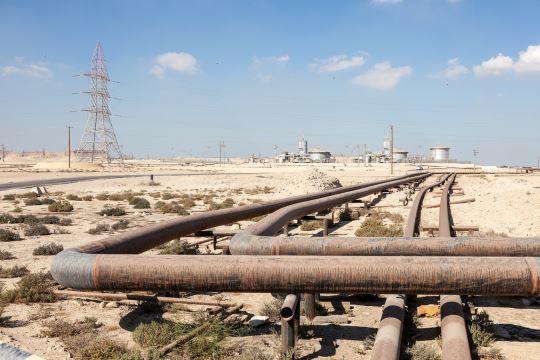 Oil exploration   Long-term domestic supplies
This is paving the way for further development of the giant Khazzan tight gas field.

The extension will allow a second phase of development, accessing additional gas in the area already identified by drilling activity within the original block. Development of this additional resource is subject to final approval of the Government of Oman and of BP - both expected in 2017.

BP is the operator of Block 61 with a 60% interest and Oman Oil Company Exploration & Production holds the other 40%.

The Khazzan reservoirs in Block 61 represent one of the Middle East’s largest unconventional tight gas accumulations and are expected to be a major new source of gas supply for Oman over many decades.

Production from Khazzan will make a significant contribution to ensuring continuing stable and long-term domestic supplies of gas for Oman is expected to represent around 40% of the country’s current total domestic gas production.

The Phase 1 project, sanctioned in December 2013, is more than 80 percent complete and remains on schedule to deliver first gas in late 2017. Subject to final approval, Khazzan Phase 2 project is expected to come on stream around 2020.

Taken together, the two phases are expected to produce 1.5 bcf/d of gas through development of 10.5 trillion cubic feet of recoverable gas resources.

This will involve construction of a three-train central processing facility with associated gathering and export systems and drilling over 300 wells over a 15 year period.

Improved reservoir performance, drilling efficiencies and other improvements have reduced the well count by around 100 wells from the original Phase 1 plan. ■