Boeing's certification and manufacturing under scrutiny

Staff writer ▼ | February 8, 2013
NTSB identified the origin of the battery fire that occurred on a JAL 787. Chairman Deborah A.P. Hersman shifts the focus of the investigation on the design and certification of the battery. 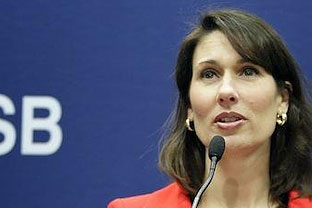 NTSB identified the origin of the battery fire that occurred on a JAL 787. Chairman Deborah A.P. Hersman shifts the focus of the investigation on the design and certification of the battery.


"U.S. airlines carry about two million people through the skies safely every day, which has been achieved in large part through design redundancy and layers of defense," said Hersman. "Our task now is to see if enough - and appropriate - layers of defense and adequate checks were built into the design, certification and manufacturing of this battery," said Hersman.

After an exhaustive examination of the JAL lithium-ion battery, which was comprised of eight individual cells, investigators determined that the majority of evidence from the flight data recorder and both thermal and mechanical damage pointed to an initiating event in a single cell. That cell showed multiple signs of short circuiting, leading to a thermal runaway condition, which then cascaded to other cells. Charred battery components indicated that the temperature inside the battery case exceeded 500 degrees Fahrenheit.

As investigators work to find the cause of the initiating short circuit, they ruled out both mechanical impact damage to the battery and external short circuiting. It was determined that signs of deformation and electrical arcing on the battery case occurred as a result of the battery malfunction and were not related to its cause.

During the 787 certification process, Boeing studied possible failures that could occur within the battery. Those assessments included the likelihood of particular types of failures occurring, as well as the effects they could have on the battery. In tests to validate these assessments, Boeing found no evidence of cell-to-cell propagation or fire, both of which occurred in the JAL event.

The NTSB learned that as part of the risk assessment Boeing conducted during the certification process, it determined that the likelihood of a smoke emission event from a 787 battery would occur less than once in every 10 million flight hours. Noting that there have been two critical battery events on the 787 fleet with fewer than 100,000 flight hours, Hersman said that "the failure rate was higher than predicted... the possibility that a short circuit in a single cell could propagate to adjacent cells and result in smoke and fire must be reconsidered." ■