Staff writer ▼ | July 29, 2013
Bell Canada took the unusual step of writing to all Canadians. The company is warning that Verizon's entry in Canada would destroy Canadian telecommunications market. 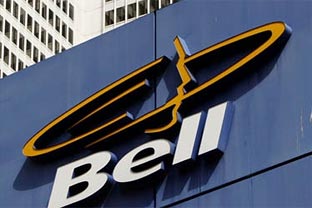 Bell Canada took the unusual step of writing to all Canadians. The company is warning that Verizon's entry in Canada would destroy Canadian telecommunications market.


"Verizon Communications, a $120-billion US telecommunications giant with 100 million wireless customers, is considering entering the Canadian market. A company of this scale certainly doesn't need handouts from Canadians or special regulatory advantages over Canadian companies. But that is exactly what they get in the new federal wireless regulations.

"Bell welcomes any competitor, but they should compete on a level playing field. Fair competition is something Canadians demand and something Bell expects too after 133 years of investment in delivering world-class communications services to Canadians.

But the government inadvertently left holes in the wireless rules that would give big US corporations the same extraordinary advantages as the small startups. And all Canadians are on the hook to pay," said the company in the letter.

Bell Canada also stated the benefits Verizon would get.

"Verizon would be able to buy twice as much of Canada's airwaves as Canadian companies like Bell can in an upcoming auction of wireless spectrum – the airwaves that carry your calls and data.

"These airwaves are a public resource, and access to them is critical to providing you with world-leading wireless services. When Ottawa auctions off Canada's airwaves for use by telecommunications companies, it gets significant revenues. These are public funds. It is inappropriate for our own government to essentially reserve a public resource for a company like Verizon to the detriment of Canadian companies.

"In doing so, the government will also reduce federal auction revenue significantly – by potentially hundreds of millions of dollars. A loophole that gives US companies access to twice as much of our airwaves and at a lower cost is an unfair advantage, paid for by Canadians.

"They get to piggyback on the networks of Canadian carriers wherever they don't want to invest and build their own.

Under the rules, Verizon would have the right to offer wireless service using the advanced networks funded by Canadian companies and built by Canadian workers. Industry experts say a Verizon wouldn't need to build its own network throughout Canada, invest in Canada's rural communities, or support Canadian jobs like Canadian wireless companies do. Instead, they would concentrate on a few big urban centres, forcing Canadian carriers to do the same while potentially cutting jobs and slashing costs in order to compete.