Apache Corp. to sell Gulf operations to Fieldwood for $3.75bn

Staff writer ▼ | July 22, 2013
Apache Corporation will sell its Gulf of Mexico Shelf operations and properties to Fieldwood Energy, an affiliate of Riverstone Holdings, for $3.75 billion in cash. 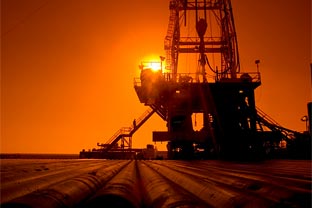 Apache Corporation will sell its Gulf of Mexico Shelf operations and properties to Fieldwood Energy, an affiliate of Riverstone Holdings, for $3.75 billion in cash.


In addition, Fieldwood will assume all asset retirement obligations for these properties, which, as of June 30, 2013, Apache estimated at a discounted value of approximately $1.5 billion. Apache will retain 50 percent of its ownership interest in all exploration blocks and in horizons below production in developed blocks, where high-potential deep hydrocarbon plays are being tested.

"This transaction is an important step toward rebalancing our portfolio. At the end of this process, we expect Apache to have the right mix of assets to generate strong returns, drive more predictable production growth, and create shareholder value.

"Since 2010 we have increased our focus in North America on capturing and developing a deep inventory of onshore assets, where we have been generating exceptional production growth at attractive rates of return. The shallower horizons in the Shelf have matured to the point that dependable production growth is more difficult to achieve than from our onshore liquids plays. We remain excited about the potential associated with the emerging plays under existing salt domes, which is why we retained 50 percent of the deep rights on 406 blocks held by production and 50 percent of all rights in 146 primary term blocks," said G. Steven Farris, chairman and chief executive officer.

Apache previously announced plans to divest $4 billion in assets by year-end 2013 as part of its ongoing portfolio assessment and to focus on more recently acquired properties. The company intends to use proceeds to reduce debt and enhance financial flexibility and to repurchase Apache common shares under a 30-million-share repurchase program authorized by the Board of Directors earlier this year.

The effective date of the transaction is July 1, 2013. The sale is subject to customary regulatory approvals and closing conditions and is projected to close September 30, 2013. Apache will operate the properties during a transitional period. Fieldwood has agreed to offer employment to substantially all of Apache's GOM Shelf employees. ■

Iran to deliver gas to Iraq for $3.7 billion a year