Staff writer ▼ | October 23, 2014
Anglo American has called on the NSW Premier to urgently step in to save 500 jobs hanging in the balance as a result of the Planning Assessment Commission's (PAC) report on the Drayton South project. 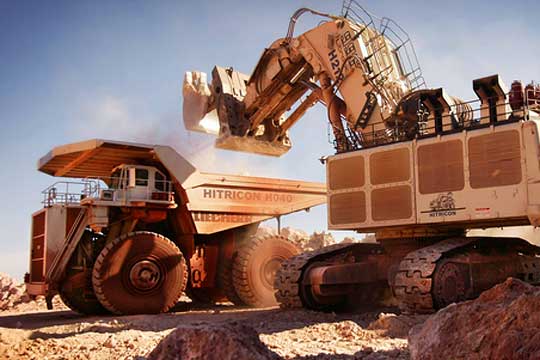 Bad report   The Planning Assessment Commission
In the report they made the ruling that the critical project should not go ahead.

The CEO of Anglo American's Coal business, Seamus French, called on the Premier to overturn the PAC's recommendation to protect the 500 families and local businesses now facing an uncertain future thanks to the unbalanced and unreasonable report.

"Anglo American does not believe the PAC took Drayton South seriously. The feeling among the Drayton mine workforce at site is that the Government has caved into threats from the horse studs, who as the Government's own experts said, would not move anyway if Drayton South was to proceed.

"All expert advice, including the Government's own Department of Planning and Environment report recommending the retracted mine plan be approved in the public interest, was ignored throughout the eight-week assessment.

"After five years working on this project, more than $60 million spent on environmental modelling and technical reports and a further 10 months of working with experts to demonstrate our ability to coexist and adhere to the most stringent conditions in the world have been overruled by three independents. We don't accept this process and don't believe it protects the interests of local people or the State of NSW.

"It is up to the Government to make this wrong decision right. The Government has the ability to save these 500 jobs and protect these 500 families. The company can do no more, Drayton is running out of coal and we have physically run out of options to secure continuity of employment.

"The PAC's decision will wipe an annual $35 million from State Government Royalties will have a dire impact on local communities, with the $70 million we spend a year with local businesses taken away.

"All this, teamed with the direct income for employees, their personal taxes and flow on benefits to local businesses has been brushed aside by the PAC against untested financial allegations from the horse studs and no scientific evidence to support their claims of noise and dust.

"As the Muswellbrook Chamber of Commerce publicly stated yesterday, "There are many in the Muswellbrook business community who see this decision not only as unfair, but as unrealistic and flawed. The thoroughbred industry has succeeded in convincing the PAC that perception overrides science and economic rationale." How is this an outcome that protects regional communities?," Mr French said.

"This is not just about Drayton mine, this is about the PAC choosing one industry over another. If Drayton South does not go ahead there is no other employer positioned to fill this void and the impact on the local towns, local schools and long-battling local businesses will suffer as our people have no choice but to move away to pursue opportunities elsewhere.

"We have safely and responsibly operated for more than 30 years and as all the reports and evidence we have presented demonstrates - we would continue to do this at the replacement operation.

"Our people are now looking to us for answers but the responsibility to secure their future rests with the elected Government of NSW.

"We call on the Government to not turn their backs on our employees, to not disregard our people's long term contribution in the Hunter Valley and to overrule the PAC decision and secure their employment," Mr French said. ■