Amazon to FAA: OK, we'll test drones in other countries

Staff writer ▼ | December 15, 2014
Amazon, keen to blaze a trail with delivery by drone, is threatening to take much of its research for the plan outside the United States amid frustrations with U.S. regulators. 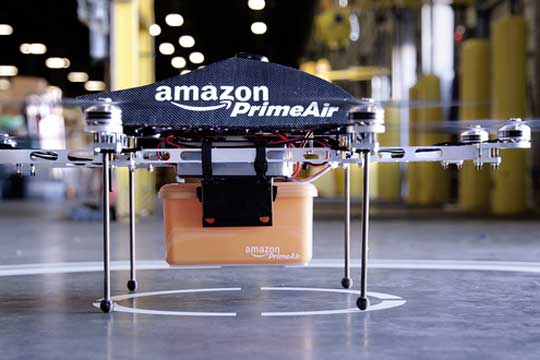 Drones   Absence of approval by the FAA
"In the absence of a timely approval by the FAA to conduct outdoor testing, we have begun utilizing outdoor testing facilities outside the United States," Amazon Vice President Paul Misener said in a letter to the Federal Aviation Administration (FAA). "These non-U.S. facilities enable us to quickly build and modify our Prime Air vehicles as we construct new designs and make improvements."

Misener said Amazon hoped to work on developing the project in the United states, which he said "would include the creation of high-quality jobs and significant investment in the local community." But regulators have not found a way to give the research a green light.

The online giant had been testing in the U.S. state of Washington.

Company founder Jeff Bezos this week said he hopes to move forward on plans to use drones for delivery of goods, but said this could be delayed by red tape. U.S. authorities are still considering proposals for commercial drone use.

"It's sad but possible that the U.S. could be late (for drone deliveries), that other countries will have it first," Bezos said.

The company first announced plans last year to develop the delivery system to dispatch small packages in under 30 minutes. ■