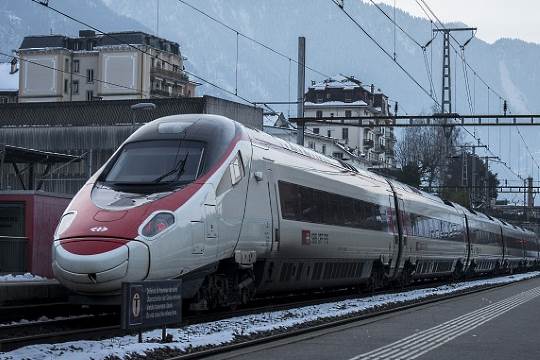 At the beginning of 2017, Alstom delivered the last Pendolino ETR 610 high-speed tilting train ordered by SBB, thus increasing their fleet to 19 Pendolino trains.

The vehicles have so far been operated as Euro City trains on the Gotthard and Simplon routes to Milan and Venice. From the end of 2017, these vehicles will now connect three countries, running from Frankfurt to Milan via Basel.

The vehicles are therefore equipped with three different train protection systems. 12 of them received the respective approval in May 2017.

Alstom’s Avelia Pendolino for SBB is a seven-car train that can transport up to 420 passengers at a maximum operating speed of 250 km/h.

The train offers its passengers easy access and high comfort thanks to, among other features, wide gangways and corridors, adjustable seats, individual reading lamps and sockets as well as large panoramic windows. The train is equipped with the latest generation of flexible bogies reducing track and wheel wear.

It also benefits from Alstom’s unique tilting technology, which allows trains to run 35% faster and more safely through curves on conventional lines.

Thanks to its environmentally friendly design, the Pendolino is recyclable up to 95% and is equipped with an electric brake system allowing reducing energy consumption by almost 10%. ■

Alstom to get $2 billion for U.S. trains
Alstom to supply €100 million worth of trainsets to Victoria
Alstom to work on Italian and Spain railway networks