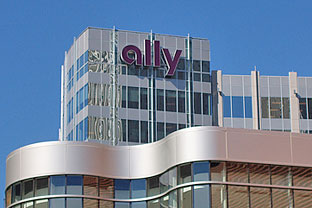 Ally Bank, the direct banking subsidiary of Ally Financial, has reached an agreement to sell a portfolio of agency mortgage servicing rights to Ocwen Financial Corp. for $585 million.


The transaction comprises MSRs related to mortgage loans with an unpaid principal balance (UPB) of approximately $85 billion as of January 31, 2013, and an estimated $5 billion of agency MSR created based on commitments made through the end of February. The price for the MSR asset is estimated to be approximately $585 million as of the end of January, and the sale includes the transfer of the representation and warranty liabilities associated with the majority of the loans sold.

As part of the agreement, Ally also has the right to sell Ocwen its remaining MSR portfolio in a subsequent closing. This portfolio is in excess of $30 billion by unpaid principal balance as of January 31, 2013 and contains borrowers who have the ability to refinance in the near term. Ally has received interest in this portfolio from other financial institutions and is currently evaluating the best option for the Bank.

The transaction is expected to close in stages over the next few months and is subject to approval by Fannie Mae and Freddie Mac. Separately, Ally Bank also completed the previously announced sale of its correspondent and wholesale broker mortgage operation on February 28, 2013 to Walter Investment Management Corp. ■