All Nippon Airways to fly to Canada, Vietnam 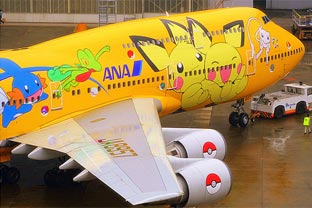 All Nippon Airways (ANA) is announcing a new international flight schedule for summer 2014, introducing services to Vancouver (Canada) and Hanoi (Vietnam) for the first time.


Additional services will be introduced at that time, with further route and schedule details to be announced. This expansion, effective from March 30, 2014, will make ANA the biggest airline carrier at Haneda, offering the most international flights to and from this airport.

Haneda Airport is easily accessible from Tokyo and the new flight schedule, combined with ANA's existing domestic network, will make it easier and more convenient for passengers to connect within Japan and to travel to overseas destinations. While new destinations such as Vancouver and Hanoi will be serviced from Haneda airport, flights toLondon, Paris, Jakarta and Manila will also start flying from Haneda airport in addition to existing services from Narita airport.

ANA is also increasing the number of North American destinations it services from Asian cities via Narita, to improve convenience for transit passengers. ANA operates a dual-airport strategy in the Tokyo area, capitalizing on the respective strengths of Haneda and Narita Airport. Routes and schedules for destinations served from both airports are planned to complement one another.

All Nippon Airways (ANA) is the eighth largest airline in the world by revenues and the largest in Japan by passenger numbers. Founded in 1952, ANA flies to 31 international destinations and 50 domestic cities with a fleet of 232 aircraft serving a network of 175 routes. ANA has 14,000 employees. Tt carried 45 million passengers and generated revenues of $15.8 billion. ■