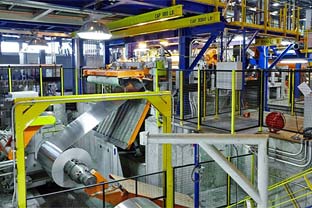 
Under the deal signed at the Farnborough Air Show, Alcoa will supply key parts for Pratt & Whitney’s engines, including the forging for the first ever aluminum fan blade for jet engines.

Under the $1.1 billion deal, Alcoa will supply components for Pratt & Whitney’s PurePower PW1000G, V2500, GP7000 and several other regional jet and military engines. The unique Geared Turbofan™ architecture of the PurePower engine allows for aluminum alloys to be used in the Pratt & Whitney designed fan blades, making the engine lighter, as well as more fuel and cost efficient.

The PurePower engine will be used to power some of the world’s highest volume aircraft, including the next-generation Airbus A320neo. The transaction includes United Technologies Corporation "One Company" terms and conditions that provide for a common contracting approach between UTC and Alcoa divisions, thereby facilitating future collaboration. ■