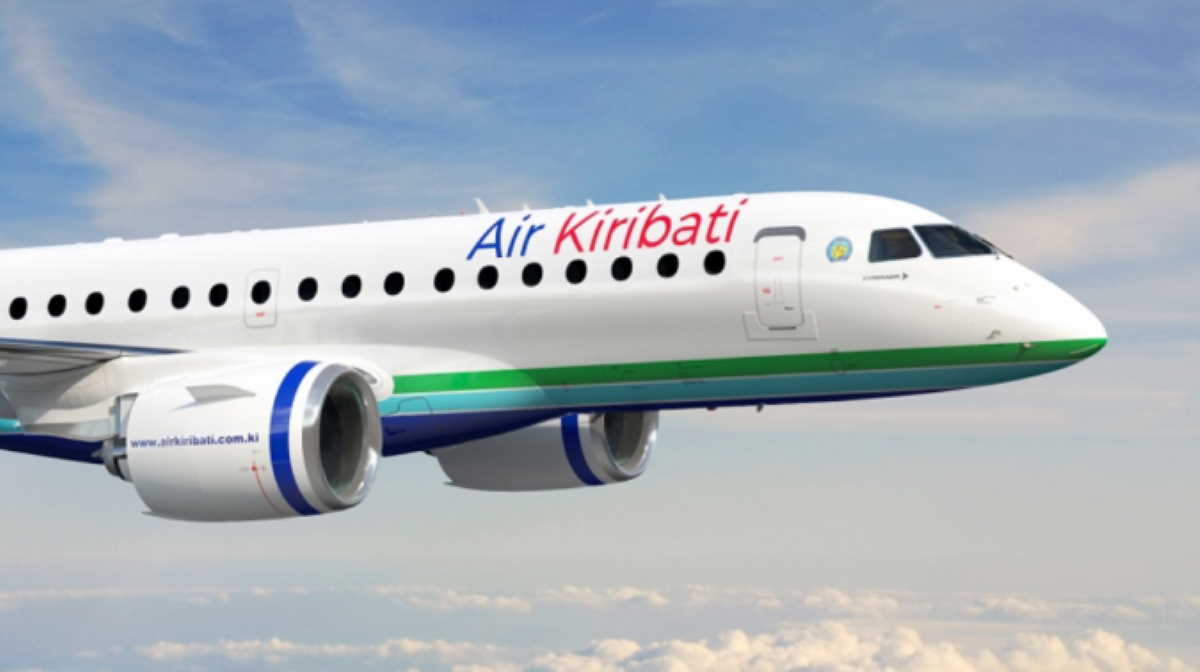 Air industry   Air Kiribati
The E190-E2 aircraft, the first of the Brazilian manufacturer’s three new E2 variants, will allow the airline to operate longer-haul domestic and international routes including connections that had so far been beyond the reach of its fleet of two Viking Air DHC-6 Twin Otters, one Bombardier de Havilland Dash 8 and one Harbin Y-12.

With a maximum range of 2,850nm, Air Kiribati’s E190-E2, delivered on 30 December, will be able to fly nonstop from the country’s capital Tarawa to Kiritimati (Christmas) Island, another atoll belonging to the country, and one of the most challenging routes in the Pacific.

To date, the domestic flight from Tarawa to Kiritimati required an international stopover in Fiji. ■

Embraer sells 50 jets to Air Costa
Embraer books SkyWest deal worth up to $8.3 billion
Boeing and Embraer together against Canada's Bombardier